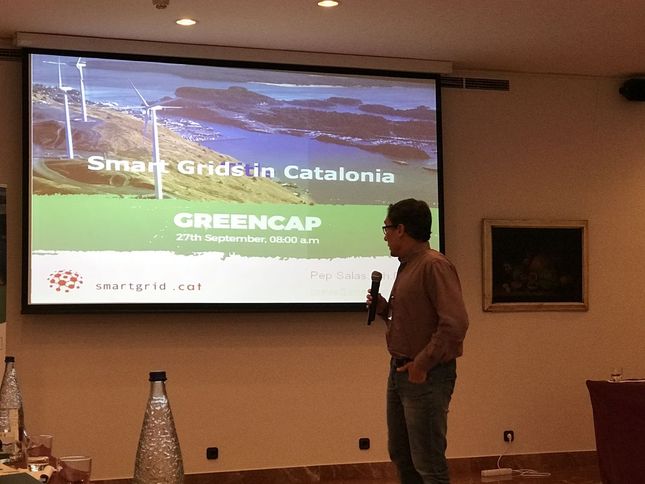 The development of renewable energies in islands and rural contexts requires a holistic vision that allows establishing strategies according to the reality of these contexts, such as economic revitalization or territorial planning. The event aimed to identified strategic and priority aspects from a legal, social, technological and planning point of view.

The agenda of activities was organized in two main parts: Training Session and Workshop.

The training sessions were held by four local experts in renewable energy. The first lecture was given by Piet Holtrop, who talked about the main constraints of RES Legal Context in Spain. One of the points highlighted by Piet was the importance of establishing a new framework for RES prosumers as a legal figure.

Joana Mundó from Ecoserveis talked about Energy Poverty. Joana show the current situation of European countries in terms of energy poverty. One of the main conclusions to fight this social affection is the fact of having energy services as part of the public management in order to control prices and conditions to consumers.

Pep Salas from Smartgrid, explained the current electrical grid in Spain and Catalonia. His lecture highlighted the limitations of the current grid to incorporate RES on the mix of energy. One of the conclusions is to promote off-grid solutions in order to establish the optimal efficiency for smartgrids.

Fabian López from Societat Orgànica, talked about Near Zero Energy Buildings. His presentation highlighted the lack of a common methodological criteria between countries to define the energy consumption of a near zero energy building.

After experts’ lectures, each Modular Project explained the current outcomes of their project progress:

As an introduction to the discussion of the workshop session, the event count with the round table with three Horizontal Projects: GREENGROWTH, represented by Laia Llenas from University of Vic; SUSTAINABLE TOURISM, represented by Anna Martínez from Diputació de Barcelona; and GREENCAP, represented by Paola Zitella from Environment Park .

The Workshop was structured in three thematic working groups:

Technology and Smartgrids: Which are the most adequate microgrids scales in rural areas and islands? The main identified solutions  were:

Local Renewable Energy Cluster: How can be organized  the potential clusters related to the renewable energy ? Who are the main actors (stakeholders)?  The most voted ideas were:

Policies and Governance: Lack in legislation and possible strategies to promote RES consumption in MED area. Most voted ideas were: