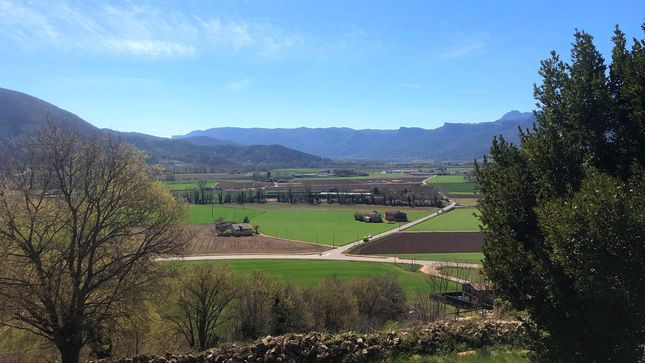 The Interreg MED Renewable Energy Community selected nine municipalities in Spain, Italy, Croatia and Greece to become the ETU Initiative flagship cases. The towns and islands selected applied to the open call that run from mid-February to the end of March, showing their interest in receiving support to join the energy transition.

The selection includes three municipalities in Spain: La Vall d’En Bas, Onda and Monachil; three municipalities in Italy: Ragusa, Magliano Alpi, and the island of Procida; Brdovec in Croatia; and the Greek islands of Naxos and Small Cyclades and Skopelos. All these towns will receive personalised expert support from the Interreg MED Renewable Energy Community to use the ETU toolbox to elaborate or update energy policies, projects or campaigns to boost the green energy transition in their territories. The experts from the project’s network will adapt the ETU tools and methodologies to the interests of each case, supporting participants in becoming leaders in the energy transition.

Besides the nine flagship cases, a group of cases with territorial particularities was selected to test the ETU toolbox on their own. These particular cases selected are: the Energetic Community of Los Pedroches and the Community of Municipalities of Bocairent in Spain; the Oltrepò Mantovano Consortium and the Mountain Unions Valli Maira e Grana in Italy; and the Ghezala municipality in Tunis. These cases are invited to test the ETU Toolbox in their contexts following the advice and guidance of the Interreg MED Renewable Energy Community. They will try the tools by themselves but following the special follow-up of the Interreg MED Renewable Energy Community.

The testing of the ETU Toolbox in all these different local realities across the Mediterranean will provide an unique opportunity to mainstream and capitalise the ETU Initiative boosting the clean energy transition in rural and island areas in the region. Join our community to stay tuned about our latest news.

More than 330 participants took part in the ETU Training Programme...

Are you a Mediterranean municipality or entity interested in the energy...